After the Garden Bird Survey, the Audit..

After the Garden Bird Survey, the Audit.. 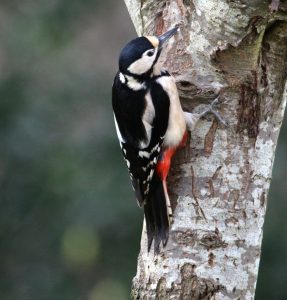 It’s been an interesting 13 week garden bird survey, December to February, as always.
In a mild winter you don’t expect to be mobbed with birds, numbers or variety, but there were a few highlights and noticeable troughs as well.
The top most species in our garden, in terms of abundance were Chaffinch and Coal Tit: both hitting 20 birds or more on a number of weeks.  Blue Tits, in contrast, peaked at six birds and virtually all other finch species were thin on the ground. 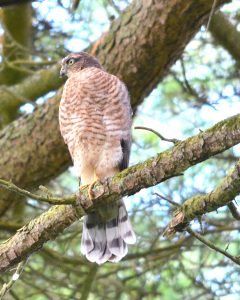 At the scarce end, Sparrowhawk was a remarkable absentee, present in the garden on only one occasion, in contrast to Buzzards and Red Kites which regularly patrol the extended garden area, particularly the latter species.

The BTO has recently commented on the current status of the Sparrowhawk: it is felt that the reason for its scarcity this winter is linked to last summer’s damp conditions in June when many clutches of Blue Tits failed and the effect was felt through the food chain.  I myself have recently cleaned out two Blue Tit nests that were abandoned last summer, with an egg or two still in place.
A noticable absentee for us this winter is the Siskin, though I am still hopeful of spotting one upside down on the peanut feeder, before the survey closes in two days time. 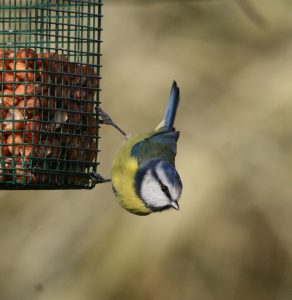 Other woodlanders that presented themselves regularly were the Great Spotted Woodpeckers (a male and female, recorded every week of the survey), and a couple of Jays each week from early January.
Already there are signs of the breeding season advancing: a Blackbird carrying nesting material and woodpeckers drumming in the woods.