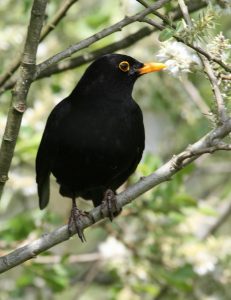 With sunrise occurring at about 06.00 at the beginning of May, there’s a great opportunity to witness the dawn chorus, at a reasonable hour (from about 05.30). Leave it for another month or so and you are talking 04.15 or earlier!  It’s not really dark at 05.30, though it can be really cool before the suns rays get up in the sky, but this is all part of the dawn chorus experience. You can of course enjoy the chorus from the comfort of your bed and open a window to increase the volume, or get up and brew a hot tea or coffee.

The chorus usually begins with the lazy and gentle trickling song of a Robin, delivered without hurry, perhaps from the cover of a prominent shrub or tree.   Next up, it’s often the Blackbird, its song has a lovely fluty tone, richer than a Robins and a little more lively.  The serenity, sense of control and melodic rich notes make it my personal favourite song bird: no wonder The Beatles no less, (writing a song about race relations in 1960s America) incorporated a recording of the Blackbird in the eponymous tune, from the Beatles White Album.

Once the Song Thrushes have started up, there’s no chance of falling back to sleep with with the contrasting, rich and urgent sounding song, one in which phrases of the song are repeated twice or three times in quick succession to reinforce the effect.  New singers from the same species cast join in and with the echo of  competing Blackbirds and Robins, you can map out audible territories: the chorus is building! 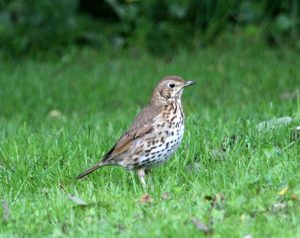 The concept of territory goes a long way towards explaining why birds sing.  Male birds sing to warn other males to keep out of their territory and the song is also an advertisement to attract a passing female.  Birds require a territory in order to have enough space and feeding opportunities to build a nest and raise young.

The cool air and lack of noise around dawn means that bird song travels further. Also, while it is still dark, or only barely light, it is not bright enough to search for food. An hour or so after the chorus takes hold, it can go surprisingly quiet, as if somebody switched off the music: this is because the early morning songsters, like us, must get an early feed and break their fast.. they’ve earned it!

Learn to recognise bird song with the CD Best for Birds: Bird Song, featuring 27 species of bird that occur around parks and gardens, Garden Birds CD or read and listen with The Little Book of Garden Bird Songs 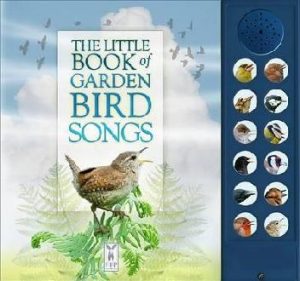