When Brian O’Reilly, the Rector of St. Saviours Church, Rathdrum approached local resident Oran O’Sullivan with an idea to improve matters for local wildlife, it seemed a natural thing to do.

Walking around the Main Street of the village, you can’t but notice that Swifts are screaming in a mad aerial celebration of the summer season, joining Swallows and House Martins, they are the last of our summer migrants to arrive back to breed in Ireland.  A look around the churchyard behind the church revealed a quiet oasis, despite the aerial races, ideal conditions for wildlife to thrive and breed in. 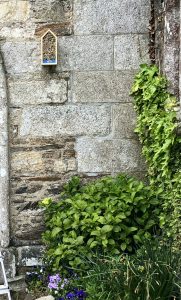 Brian’s idea is to roll out Actions for Biodiversity in Churchyards, across the Diocese of Glendalough, involving over 18 properties in county Wicklow alone.  Along with Oran, they have already trialled the plan in 3 churches in the parish: St Johns, Laragh, Glenealy Church and St Saviours in Rathdrum.  Each church property is different, but usually feature mature trees, including native Yew trees and in the case of St Johns in Laragh, mature Oak and Ash. Old stonework is also important, a home for smaller creatures that birds in turn depend on for food. 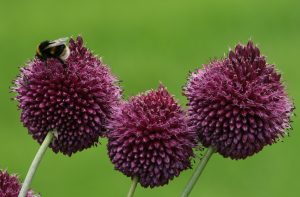 So, with suitable habitat to work with, the project will enhance conditions for bees and birds to thrive: providing nesting boxes in carefully chosen positions in church grounds.  Bees prefer sunny, south facing nest holes, linked closely with flowering plants that provide nectar.  Hole nesting birds prefer north or east facing boxes: in some cases they require cover from ivy around the box, to conceal themselves from predators. 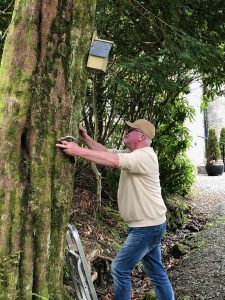 Oran said “we really look forward to rolling out this project across the county and we hope it will link with the efforts of Tidy Towns groups”. By working with the local community “we can ensure the boxes are maintained and recognised as a biodiversity action that can be included in the competition, to earn all important marks for Tidy Towns”, he said.

A busy summer programme lies ahead as Brian and Oran traverse the county, assessing the enormous potential to assist wildlife in towns and villages.